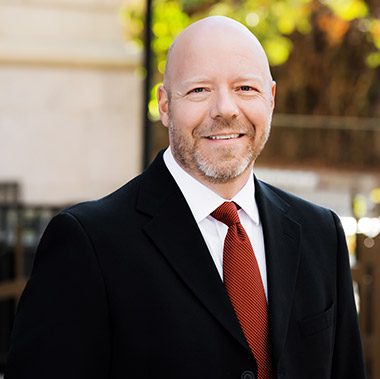 Mr. Brown has practiced with Fischer, Brown, Bartlett, Larsen & Irby, P.C. since 1999. Since joining the firm, he has worked extensively on water quantity, water quality and real property matters. He has successfully represented clients in all of these areas, but the focus of his practice is representing a varied clientele before the Division No. 1 Water Court (South Platte Basin). Mr. Brown serves on the South Platte Basin Roundtable and is also on the steering committee and is a founding member of the Poudre River Runs Through It Study/Action group in the Poudre River Basin. Mr. Brown has also participated for over 20 years on Colorado Water Congress State Affairs Committee, and in this capacity has worked on water related legislation.

Prior to joining the firm, Mr. Brown clerked for the Honorable Walter Stauffacher in the District Court of Washington State. In this capacity, he served as the lead clerk on the original adjudication of water rights on the Yakima River Basin in Washington State (which is the equivalent of the Water Referee in the Colorado court system). Mr. Brown also served as a member of “Dividing the Waters” an organization of judges, masters and referees involved in the adjudication of water in the western United States.